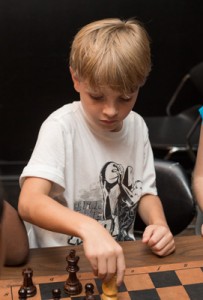 In 2001, Orrin C. Hudson, whose methods were inspired by the game of chess, founded Be Someone, which is a 501 (c) (3) nonprofit organization that uses numerous tools, including the game of chess, to promote self-esteem, responsibility, and analytical thinking among children in underserved communities.

The mission of Be Someone is to build character, hope, and inspiration so that kids can set and achieve lifetime goals, realize their full potential, and Be Someone.

“Making Every Move Count” refers to the belief that success in chess and success in life require the same fundamentals, including concentration, self-esteem, problem solving skills, and discipline. Be Someone teaches kids the practical skills and techniques to overcome obstacles in life, illustrated through the best and most intellectual visual aid: the chessboard.

We hear a lot these days about crime and violence in some of our local schools and communities but unfortunately news about the good things seldom gets any attention. Today, Orrin C. Hudson is making a change:

“This is less about chess and more about building character. Love, Honesty, Respect, Responsibility, Patience, are five character traits that are essential to success. If we have the brightest children in the world and they don’t have character, the schools have failed them and this nation has failed them. Really, Be Someone is priceless. After all, it is the moral development of the whole child that will determine their success in life.” 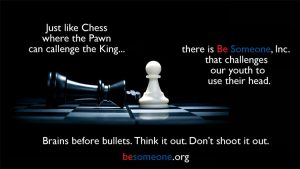 When you do noble things, you help out other people and society and it makes you feel good.

It is a win-win situation.

When the person you help out is a child that has a full life ahead of them, the results of your efforts can return to society exponential rewards.

Orrin’s dream is to instill self-esteem in our children, teach them to think, and to develop their minds in all areas.

He makes them understand and become fully aware of the message of “Be Someone:” Knowing he can make a difference in someone’s life brings him great satisfaction.

Orrin believes children are our future! They hold the keys to the future success of our society.

Everything is possible if you simply apply yourself. 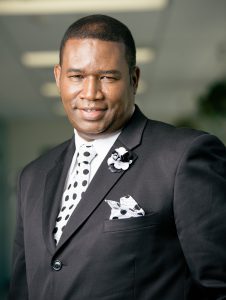 Orrin “Checkmate” Hudson a former, small time crook, gang member, state trooper, Air Force veteran, and world renowned chess champion. #1 Amazon Best Selling Author of One Move at a Time, How to Win at Chess and Life. A captivating speaker. Hudson founded Be Someone Inc. a successful non-profit that highlighted a leadership skills development program that helped students nationwide win in life using the game of chess. He coached DeKalb county students to victory in a statewide championship. Mentored Atlanta public school students and captured 3 city-wide chess championships. Hudson received numerous awards including the National Self-Esteem Award, the Martin Luther King Jr. Award, and The FBI Director’s Community Leadership Award. Hudson appeared nationally on the cover of magazines, including: the world largest chess magazine Chess Life , Good Morning America, CBS Early Morning Show, CNN, FOX & Friends, People Magazine, USA Today, and Essence Magazine, Sports Illustrated for Teens, Jet Magazine, Black Enterprise and Time Magazine for Kids. He trained over 55,000 to 85,000 students. Hudson’s ultimate vision is to see 1,000,000 “at risk “students “Get Their Heads-Up!!, Pant-Up! and Grades-UP! and most of all to “Never Give Up! – No Matter What!”

Orrin Hudson received the highest award a community leader can get, the FBI Distinguished Community Award.