Orrin’s outstanding work has been featured in some of the country’s most prominent print and broadcast media outlets. They include:

Just to name a few. As well as local media like the Atlanta Journal-Constitution and the Birmingham News 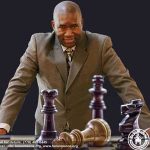 OP/ED Lessons to be learned in the Oscar slap

Be Someone Founder/CEO, Stone Mountain, GA Those who were watching the Oscar Awards on Sunday night (March 27), no doubt saw actor Will Smith take to the stage and slap presenter Chris Rock after the comedian made an inappropriate joke about Smith’s wife’s shaved head style. Jada Pinkett Smith reportedly suffers from alopecia, a hair loss […] 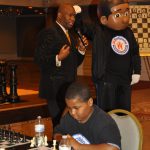 Orrin “Checkmate” Hudson, author of One Move At a Time, How to Win at Chess and Life (#1 Amazon best seller) and founder of Be Someone, Inc., will speak at the Black CEO Conference 2018 to be held at the Westin Dulles Airport, Herndon, VA, February 22-24. 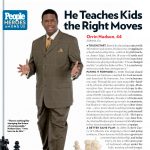 A TOUGH START: Raised in a housing project with 12 brothers and sisters, Hudson was struggling in school and stealing tires - until an English teacher, James Edge, took the 14-year-old aside and started teaching him chess to give him focus. 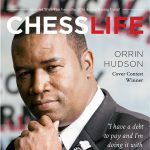 Orrin C. Hudson, the internationally renowned #1 Amazon bestselling author, founder and executive director of the non-profit organization, Be Someone(www.besomeone.org), has been named the inaugural Chess Life magazine cover contest winner. Hudson appears on the cover of the December 2015 issue, now available at uschess.org 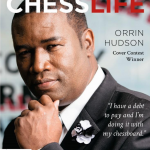 Chess Life spoke to screenwriter Kate Danaher, katedanaher.com, who told us, “I was so impressed by Orrin’s vision of the link between chess and life lessons that my writing partner, Bob Rivenbark, and I wrote an award-winning screenplay about him. We would love to see it produced, so that everyone could see Orrin’s powerful and dynamic spirit on the big screen. His message is something we all need to hear.” 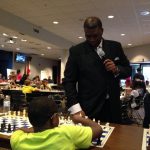 "Help me out, class!" said Orrin "Checkmate" Hudson Thursday, speaking into a microphone to a roomful of children. It was the latest day of Hudson's "Pants Up Tour," which uses, among other things, chess in hopes of activating the minds of participants. 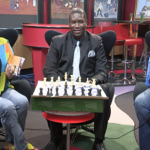 This Community Leader and Master Motivator Says “The Chess Board is the Board of Education”, Black News 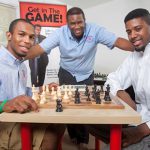 LaSalle-Backus Education Campus principal Dr. Deborah A. Cox is taking an unusual step for her northeast D.C. students. She has invited a chess champion to her school to use the game to provide some special lessons. 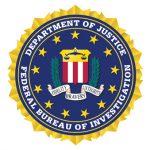 Acting Special Agent in Charge (SAC) Ricky Maxwell, FBI Atlanta, presented the Director’s Award for Community Leadership for 2013 to Orrin Hudson for his exceptional insight and success in reaching disadvantaged youth in the metropolitan Atlanta area through the game of chess. On April 4, 2014, FBI Director James B. Comey will host all the FBI’s 56 selectees from around the country at a national ceremony to be held at FBI Headquarters, with Mr. Hudson present as Atlanta FBI’s honoree. 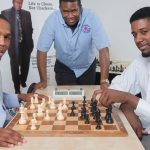 Chess ain’t checkers. It’s not easy, but almost anyone can learn the complex 1,500-year-old game that teaches strategy, confidence, a willingness to learn and also how to accept failure. 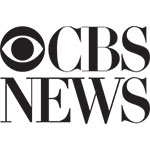 Orrin Hudson's interest in chess was sparked by a high school teacher who noticed him running with the wrong crowd in his hometown of Birmingham, Alabama. Hudson eventually straightened out so much he wound up becoming a state trooper. 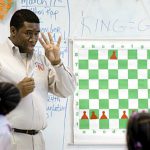 Orrin Hudson teaches chess to kids at Charles Drew charter school in Atlanta. The former Alabama state trooper use the ancient game to install a fundamental life lesson: kids will win or lose based on choices.